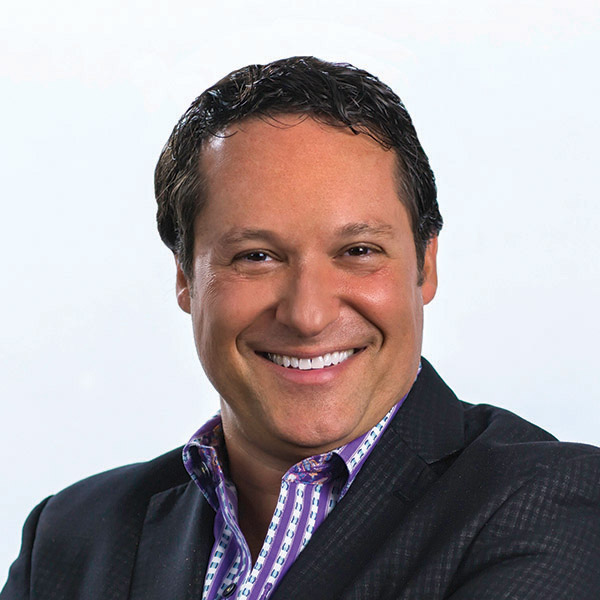 Stephen’s career started after he earned a degree in industrial engineering from Cornell University. His focus was on improving manufacturing productivity. Although Stephen didn’t know it at the time, this was the perfect field of study for the work he would eventually do.

After a few years of promoting this work, he experienced an existential crisis when he realized that their process improvement work had led to massive downsizing. During a leave of absence, Stephen evaluated what he wanted to do with his life and he realized he wanted to help companies grow. And, since 1996, innovation has been his focus.

Stephen was lucky to be given the opportunity to lead a twenty thousand-person process and innovation practice. He gave speeches and workshops to consultants and clients around the world, promoting their perspectives on innovation.

In 2001, he made another shift: he wrote my first book, 24/7 Innovation: A Blueprint for Surviving and Thriving in an Age of Change (McGraw-Hill), left Accenture, and branched out on his own.

Since then, he has written six books. Stephen’s previous book, Best Practices Are Stupid: 40 Ways to Out-Innovate the Competition (Portfolio Penguin) was named the best innovation and creativity book of 2011 by 800-CEO-READ. Personality Poker®️ (Portfolio Penguin), which is both a book and a card game, has been used in twenty-five countries around the world to create high-performing innovation teams.

Stephen has had the great luxury of traveling the world, giving speeches in more than fifty countries. And, in 2015, he was bestowed one of the highest honors of the speaking profession: he was inducted into the Speaker Hall of Fame.

When Stephen’s not speaking on stage, he practices his not-so-sleight-of-hand magic on his family and friends. Amongst his greatest celebrity coups, Stephen had the pleasure of meeting his childhood idol, former Gong Show host Chuck Barris. And in 2017, he got to be a judge and mentor on the TLC innovation reality television show, Girl Starter.

Stephen now lives in Orlando, Florida, where he gets to enjoy the most amazing life with his wife. 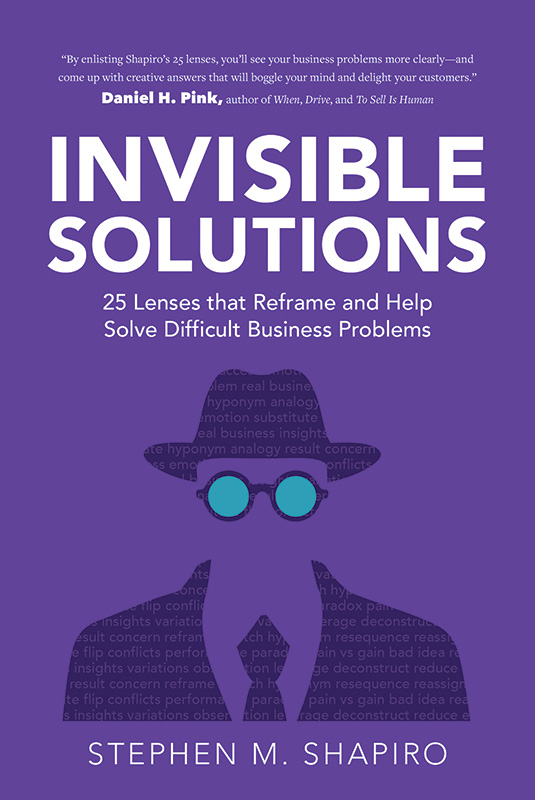 by Stephen M. Shapiro
Solve Any Problem Faster, with Less Risk and Lower Cost Unprecedented access to infinite solutions has led us to realize that having all of the answers is not the answer. From innovation teams to creativity experts to crowdsourcing, we’ve turned from one source to another, spending endless cycles pursuing piecemeal solutions to each challenge we face. What if your organization had an effective and systematic approach to deal with any problem? To find better solutions, you need to first ask better questions. The questions you ask determine which solutions you’ll see and which will remain hidden. This compact yet powerful book contains the formulas to reframe any problem multiple ways, using 25 lenses to help you gain different perspectives. With visual examples and guidance, it contains everything you need to master any challenge. This book will help you: ? Discover why we are hardwired to ask ineffective questions and learn to work through those barriers. ? Understand the power and importance of well-defined questions. ? Reframe any problem multiple ways to help you find the optimal solution. ? Move from idea-based innovation to question-based innovation that drives higher ROI. Apply just one of the lenses and you will quickly discover better solutions. Apply all of them and you will be able to solve any problem – in business and in life.
ISBN: 978-1-64543-186-2