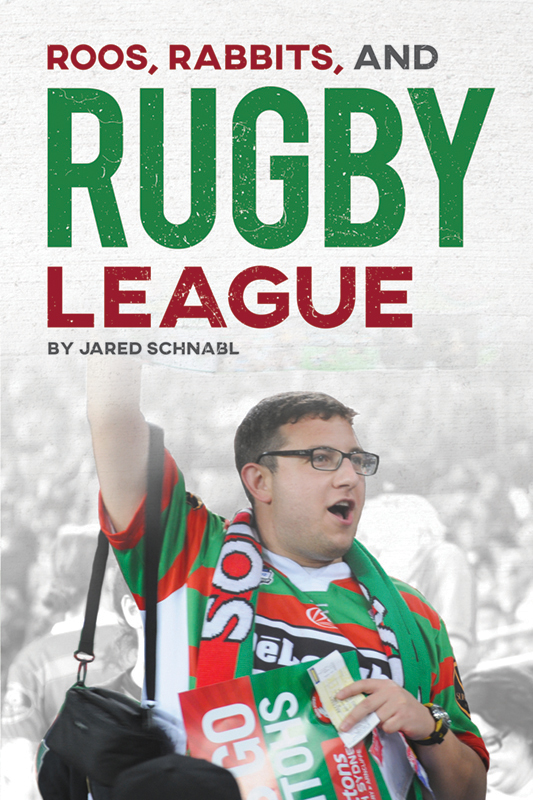 Roos, Rabbits, and Rugby League: How an American Became an Australian Bunny Rabbit

In the United States of America, the sport of rugby is relatively unknown. while in Australia it is somewhere between a national obsession and a religion. But this vast distance means nothing to American Jared Schnabl, who fell in love with the South Sydney Rabbitohs, their fans, the game, and the culture. In Roos, Rabbits, and Rugby, Jared shares tales of his adventures in Sydney, all the amazing fans, and how he became a proud, Australian bunny rabbit.