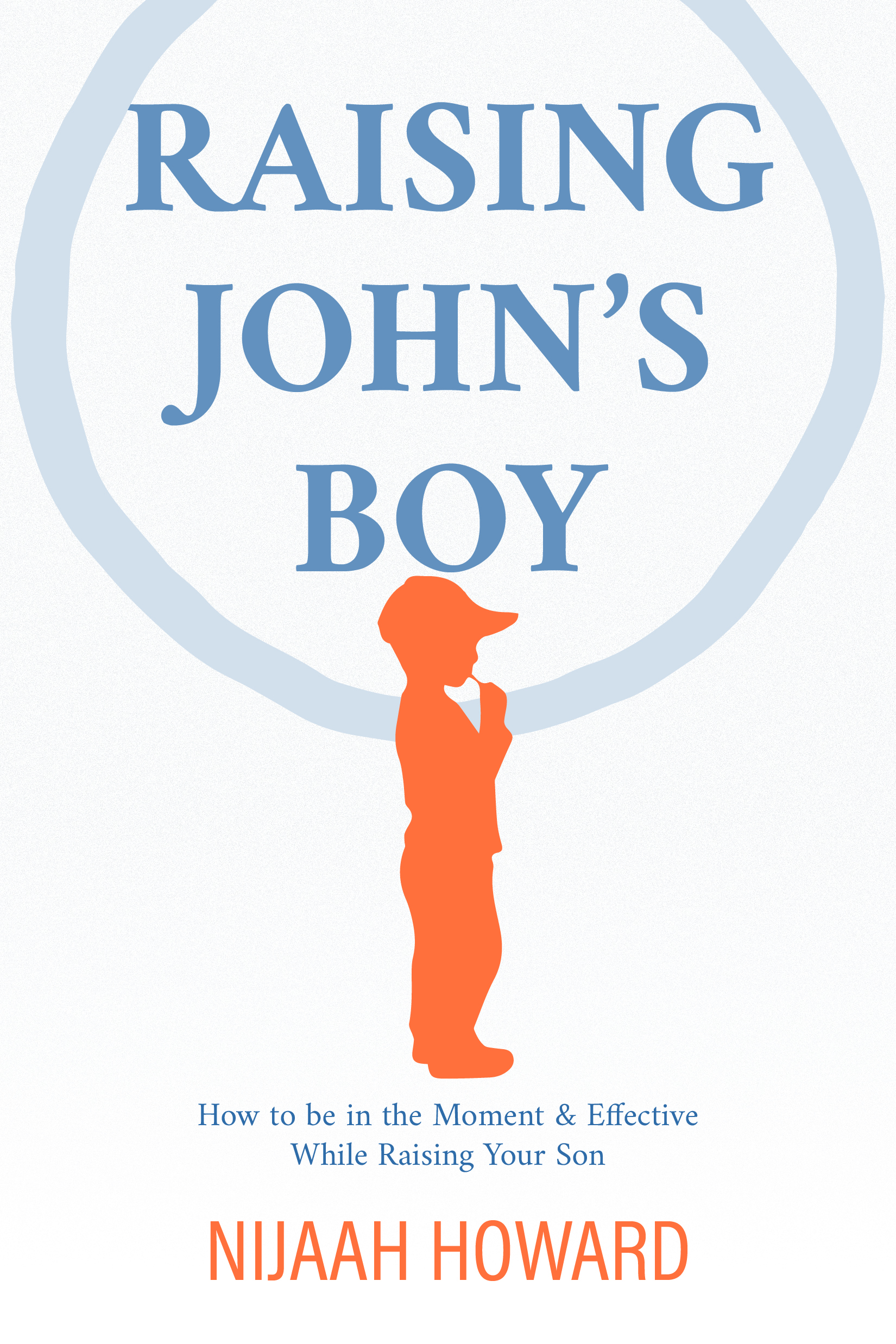 Raising John’s Boy: How to Be in the Moment and Effective While Raising Your Son

Raising John’s Boy is a raw, honest approach to how the author raised her son. The hope is that you take away practical tools to alleviate any concerns of successfully raising your boy into a good man, while aiming to change the stereotype that places limits on both of you. A woman can only do but so much as she hears the silence of the loud dismissive cries from a young man raised without his father. Can you imagine how much easier it would be on the mother and the son if we STOP SAYING that “Women cannot raise boys into productive men” or “Only a Man can raise a Man”? What message are we sending young men who are growing up in a single parent household when they hear that? It sounds like our mothers and boys are trying to fight a losing battle. This could be the very negative seed planted that is telling them both that they are not enough (and they will never be enough), which contributes to low self-esteem and an inability to perform at their greatest potential. I can only imagine what the world would look like if more mother and son teams actually believed they were ENOUGH! Raising John’s Boy confronts these issues – and more – in this personal, essential book. ISBN: 978-1-64543-113-8