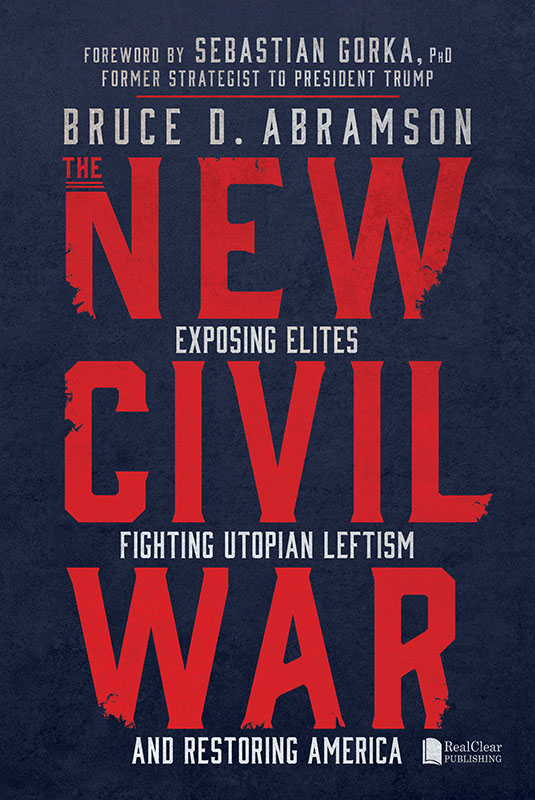 We are living through a national trauma. The United States has jettisoned the rule of law and ceased functioning as a republic. Battle lines have been drawn. Progressives are moving quickly to cement their transformation of the country’s beliefs, attitudes, values, social structures, economic models, and government organizations. Patriotic Americans are waking up to recognize that conservatism failed to conserve much of anything. Progressives control academia, media, the civil service, and several of our country’s most important industries.

Americans who support the constitution have become counterrevolutionaries. Their challenge is nothing short of the restoration of America’s institutions. Such a restoration is achievable, but you can’t defeat what you don’t understand. Every good restorationist must study progressivism: where it originated, how it grew, what it preaches, how it operates, and what it hopes to accomplish. The New Civil War provides that understanding. It exposes the mechanisms progressives have used over the course of decades to seduce millions of decent, well-intentioned Americans into a dangerously anti-American movement. More importantly, it maps out a nonviolent strategy for an effective restoration.

The New Civil War is not a call for war. It is a recognition that war has been declared on us. Our sacred love of liberty is under attack. Unless we defend it, the America we love may be lost. This book is for every patriotic American eager to defeat the utopian left – and restore America.