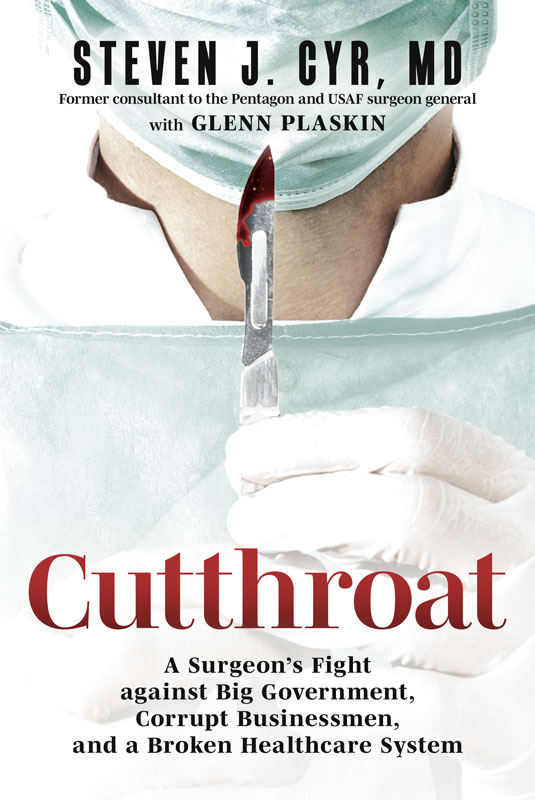 In the multibillion-dollar business of American medicine, doctors are often portrayed as culprits—opportunistic millionaires who prey on the misfortune of their hapless patients and drive up the cost of healthcare. But often they are the real victims of a system designed to increase profits for the insurance companies, shady businessmen, and Big Government.

When Dr. Steven Cyr first opened his own practice, his focus was on providing the very best care for his patients, improving spine surgery results, and running an ethical business. He soon discovered that just because you play by the rules, it doesn’t mean everyone else will.

Despite following the law to the letter, Dr. Cyr was descended upon by cutthroat businessmen, jealous colleagues, federal agents, and ambitious lawyers. Their barrage of legal attacks and false claims culminated in him being targeted for federal indictment and nearly losing everything he owned, including his good name and his home. Only through God’s grace, the love of his wife, and a steadfast faith in doing what’s right was he able to find the strength to overcome the forces aligned against him.

Cutthroat provides an insider’s perspective on the many battles that doctors fight for their patients and their practices and exposes the truth about the complex financial, legal, and regulatory pressures faced by doctors who enter the business world. It’s a wake-up call for a healthcare industry that has lost its way.