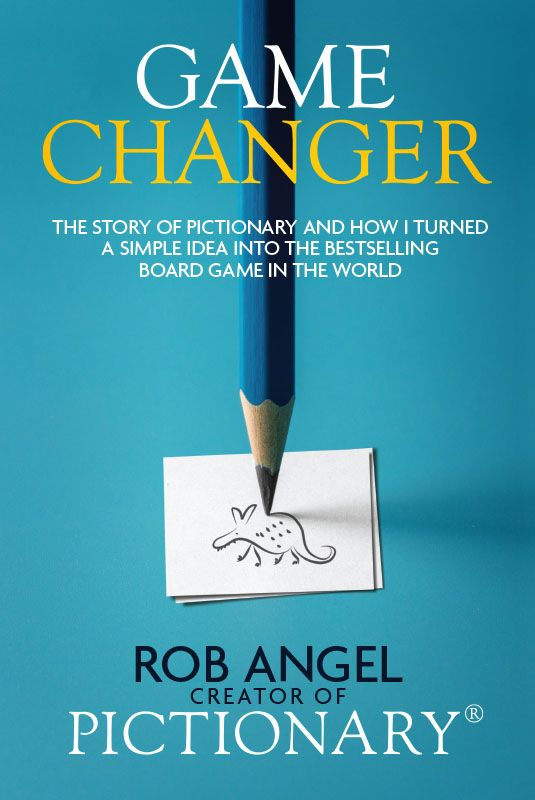 Game Changer: The Story of Pictionary and How I Turned a Simple Idea Into the Bestselling Board Game in the World

Game Changer is the story of how a twenty-three-year-old waiter from Seattle had the outrageous dream of beating industry giants Milton Bradley and Mattel at their own game. With no experience, Rob Angel used his guts, drive, and intuition to create one of the most beloved board games of all time: Pictionary. Rob did it his way. He produced the first 1,000 games by hand in his tiny one- bedroom apartment, disrupted the market by selling to nontraditional retail outlets, and did countless demonstrations at the bottom of the escalator at Nordstrom – a store with no game department. Anything to succeed.

Getting there wasn’t easy; Rob had to navigate his way through production mishaps, cash flow troubles, and countless copycats trying to scratch their way past Pictionary. Still, within three years, Pictionary became the bestselling board game in North America, and shortly after, the world. When Mattel acquired Pictionary in 2001, a staggering 38,000,000 games had been sold in 60 countries.

In Game Changer, Rob shares the remarkable inside story of taking Pictionary from simple idea to iconic global brand by breaking rules and breaking records, never giving up or giving in, and working harder when most would walk away all while having the time of his life. Candid and compelling, Game Changer is as much a captivating memoir as it is a blueprint to personal and professional success.