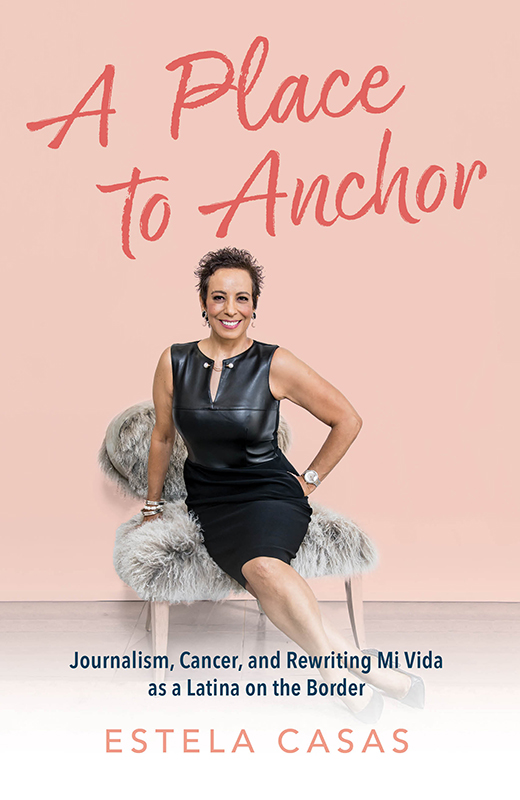 A Place to Anchor: Journalism, Cancer, and Rewriting Mi Vida as a Latina on the Border

Estela Casas is El Paso’s daughter. Viewers of the nightly news turned to her for comfort in times of tragedy. So, when Estela was faced with her own setback, she turned to them. Estela led strangers on a very public and intimate journey with bilateral breast cancer, and turned her trials into everyone’s triumph. Estela allowed cancer to transform her and helped her find a place to anchor.

In A Place to Anchor, we learn more about the woman behind the television set. From early dreams of becoming a bilingual singer, to pivoting toward a successful career in broadcast journalism, Estela weaves the memories of her life throughout the resilient narrative of her cancer journey. As reporter and anchor, she covered impactful stories in her underserved community, and took part in reporting on two papal visits. She was also the only Borderland journalist invited by sitting president Barack Obama to talk about the Trans-Pacific Partnership and its effects on la frontera. Estela received accolades on her reporting but it is her ability to connect with her viewers that gave her the courage to share intimate details of her journey with thyroid and bilateral breast cancer. Estela got real and raw, and in the process, transformed into the woman God intended her to be.