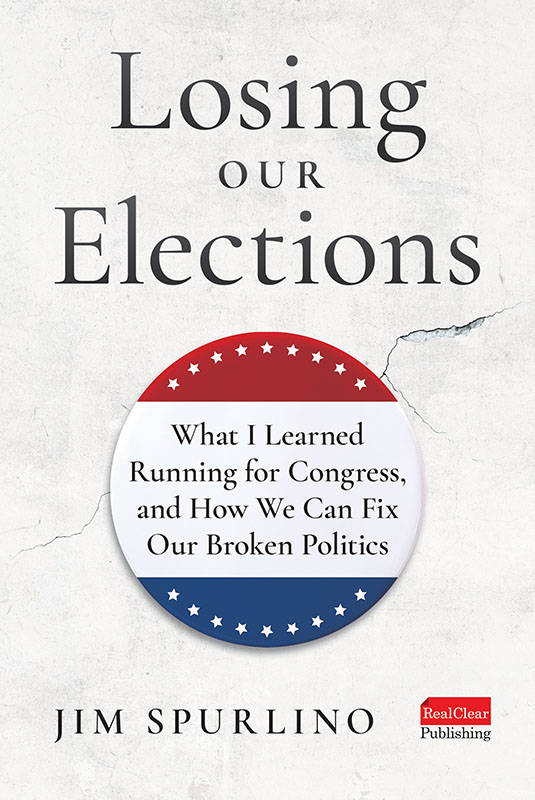 Losing Our Elections: What I Learned Running for Congress, and How We Can Fix Our Broken Politics

What is it really like to run for Congress?

In 2015, Jim Spurlino decided to run for the congressional seat recently vacated by longtime Ohio congressman John Boehner. Though he had no political experience, he—like many other Americans—had been a passionate observer of national politics. This was a once-in-a-lifetime chance to make a difference.

Running as an outsider with a background as a successful owner of a construction mate­rials company, his campaign was a test of the system—to see if a moderate candidate from outside the political establishment could bring fresh thinking to the public conversation.

In the course of a four-month campaign in the Republican primary, he encountered the good, the bad, and the ugly: heartfelt sup­porters; hardball consultants; endless, mind-numbing fundraising calls; smear campaigns; and even blank manila envelopes with damag­ing information. In the end, he walked away with 7 percent of the vote and an education in modern American politics.

Losing Our Elections captures what life is re­ally like for political candidates—how and why campaigns are run, the pressures they face, the compromises they make, and the failures of the system—and presents a compelling roadmap for getting our country back on track.