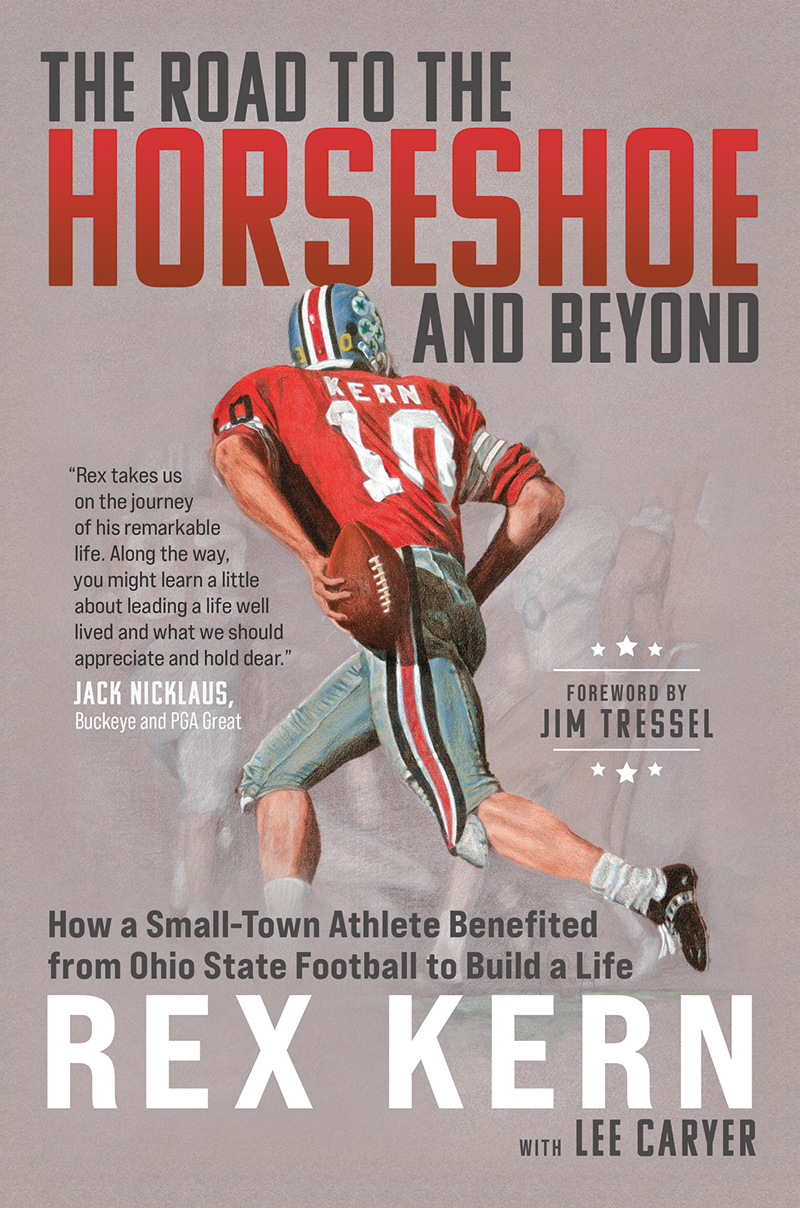 The Road to the Horseshoe and Beyond: How a Small-Town Athlete Benefited from Ohio State Football to Build a Life

“Legendary stories about my dear friend Rex Kern abound. His heroics at Ohio State electrified crowds and inspired reverence from an entire generation of Buckeye fans.

“I was there as his competitor and teammate, confidante and friend, as well as his occasional partner in mischief. Our brotherhood was forged by a common purpose and an unforgettable championship run.

“Now Rex tells his story, and I was delighted to learn things about him that I didn’t know even after more than fifty years of close friendship. He wrote this as a gift to his sons and grandchildren – to tell in his own words what it was really like – but it is a gift to all of us. From a barbershop in Lancaster to a prayer breakfast at the White House to a College Football Hall of Fame ceremony at the Waldorf Astoria – and to the many doctor’s visits and surgeries in between – he walks us through a life always defined by humility, grace, and perseverance. His devotion to family, friendship, and faith in the midst of often debilitating pain is endlessly inspiring.

“Rex Kern is not just a football legend, he is a champion at everything that matters in life.”