Every month we feature a title we think really shines. This month’s featured title is Line Change by Matt Brown with Todd Civin, releasing March 12th! 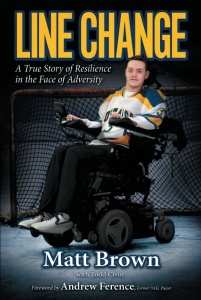 Life can change in an instant—and no one knows that better than Matt Brown. His incredible story of courage, resilience, and overcoming adversity is a kind of inspiration we all need. Despite no longer being able to play the sport, Matt is still a die-hard hockey fan and took some time to share with us what the brotherhood of hockey means to him.

The Unofficial Fraternity of Hockey

By Matt Brown and Todd Civin

On January 23, 2010, my life changed immeasurably when I hit the boards head-first while chasing a loose puck during a high school hockey game. Nothing could be more terrifying than lying face down on the frozen surface beneath me without the ability to move a muscle. My brain attempted frantically to communicate with my arms, my torso, and my legs, urging me to get up and get back into the play, but my body would simply not respond. The message was sent loud and clear, but nothing was received. How could it be that the sport that I had befriended as a child and grew to love more than life itself had betrayed me? Hockey whisked my skates right out from under me and left me motionless and cold on the ice below my red, raw cheek.

In retrospect, however, hockey didn’t desert me at all but came through with the same flying colors that it always had. The sport and everything it stands for provided me with a love and support strong enough to get me through the darkest days of my long recovery. The hockey fraternity, as I’ve come to call it, is vastly different than any non-hockey player could ever imagine. It brings a tighter bond and a much stronger level of camaraderie than you find in other sports. There are several reasons for this.

From a young age, hockey players get accustomed to waking in the early hours of the morning to attend practices and pre-dawn games. Young players must be crazy to commit to a sport that forces them to leave the warmth of their bed in the middle of the night in exchange for a below-freezing-temperature hockey rink. Yet without giving it a second thought, each player performs this routine morning-in and morning-out, all for the love of the game. Every teammate in the locker room is dealing with the same difficult circumstances and so a unique bond is formed. That bond stretches, not just through their team, league, or region, but also circles the globe at all levels. From mites and midgets to juniors, Olympians, and professionals, each player who laces up skates has had the same experience.

You learn to love the early morning wakeups and grow to love every one of those teammates. Add to the experience the frequent breakfast get-togethers at little holes in the wall on the way to tournament games and the closeness formed by sharing a bus seat on the road to random towns along the way. Playing four or five games together over a three-day span can be exhausting, but you learn to lean on each other to get through it. And when you’re younger, running around the hotel with each other and pushing the rules a little too far helps to grow that bond.

I was extremely lucky that almost immediately after my injury, brothers of the fraternity rallied around me. I received messages from all over, letting me know that individual players, teams, and leagues were behind me and eager to support me throughout everything. I even got a message from the Greek National team, offering their support. I received a jersey from Bruin’s forward, Patrice Bergeron and along with it a handwritten note. Patrice had suffered a terrible concussion a few years earlier and let me know how important it was for me to be patient and stay positive. It meant so much to me that he took time out of his busy schedule to think of me as a virtual teammate in the sport we both loved. Those words meant so much to help me get through each day.

When I arrived at the Shepherd Center in Atlanta for my rehabilitation, the Thrashers were in their final season in Atlanta and were playing my hometown Bruins. The night before the game, Patrice made his way over to the hospital to say hello and to hang out for about an hour. He brought a duffel bag filled with goodies from Boston, including sweatshirts, videos of old time Bruins highlights, and a bowl of clam chowder. Through our friendship, I met many more Bruins players each time I attended a game. It was extremely apparent how they genuinely cared and supported me.

I became very close with Bruins defenseman Andrew Ference. My relationship with Ference has grown into that of older brother/younger brother. During the 2013 Bruins Stanley Cup playoff run, the team would elect a player of the game in the locker room following each win and would hold a press conference with the media. It’s a custom across the NHL during the playoffs to present a player of the game memento. Some are sticks, some are hats and some are jackets commemorating the player’s heroics for that game. During the Bruins run in 2013, they were passing around an army jacket given to the team by Army Ranger Lucas Carr. The jacket representing bravery, strength and commitment. Unfortunately, the Bruins lost to the Chicago Blackhawks in the Stanley Cup finals that year. After the series, Ference became a free agent and signed with the Edmonton Oilers. The day before he left Boston, he swung by my house to say goodbye, and he brought that Ranger jacket with him. He told me, “You represent everything this jacket stands for and it deserves to stay with you.” My jaw hit the floor.  I was speechless but honored. The jacket hangs proudly in my room today.

Now, nine years after my injury, the hockey community continues to support me. Many teams continue to donate to my cause via fundraisers and hockey nights in their towns. Players at all levels continue to reach out and ask how I’ve been doing and assure me they are still rooting for me. My brothers still care.

Having professional players in my corner really boosts the spirits. They are all so genuine when they approach my family and are truly interested in hearing how I am doing. Growing up, I would have laughed upon hearing my name mentioned in the same breath as these guys, but I look at many of them as friends now and for that I am forever grateful.

In return, I hope I can give back to those who play the game in the form of a sense of inspiration. I hope they see me and understand that they should go out there and play every shift as hard as possible and at 100%. Because you never know when the game might be taken from you, and the last thing you want to do is look back on the game you love with any regrets. 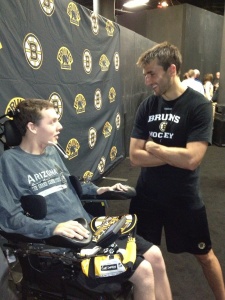 Matt Brown of Norwood, Massachusetts, is now nearly nine years removed from the incidental contact that changed his life. He is currently attending graduate school at his alma mater Stonehill College, with aspirations to launch a career that revolves around sports. His love for the game of hockey has never waned, and he remains a die-hard Bruins fan and an esteemed member of the informal hockey fraternity. Matt delivers inspirational public speaking performances to schools and civic organizations around the country. He and the Brown family are on the cusp of launching the Matt Brown Foundation, a 501c(3) nonprofit organization that aims to financially and emotionally assist those impacted by neck and spinal cord injuries. 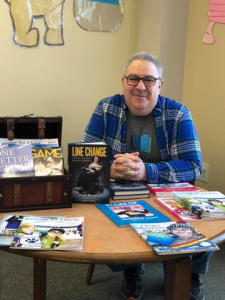 Todd Civin is the founder and owner of Civin Media Relations (CMR), a self-publishing company that  focuses primarily on stories by and about people with physical or emotional differences in an effort to share their stories with the world. Todd has written six biographies and eight children’s books to date and is proud to add Line Change to his growing resume.

Check out some of our other titles releasing in March! 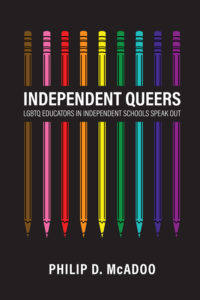 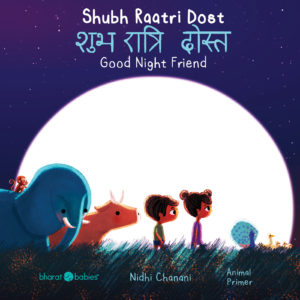 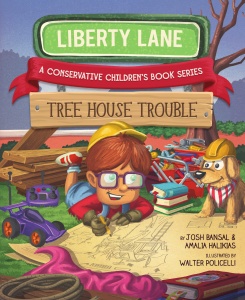