Our June featured title is East of Hell by Whiskey Emerson! 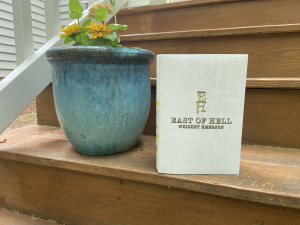 Maintaining a five-star Amazon rating, Whiskey’s sequel continues the story of Thomas, a man who is seeking vengeance against a powerful organization after discovering that his mother’s death was not the accident it appeared to be. Taking place one hundred and fifty years ago in New York City, Thomas, Madame (his distant guardian) and the rest of her renegades have yet to discover who their true enemy is, or rather, which threat must be dealt with first. With everything at stake, alliances are tested. Trust is broken. And war is on the horizon.

We interviewed Whiskey about her intricate plot, the research required for historical fiction, how long a book should be, and more!

East of Hell follows an elaborate and suspenseful storyline. How did you come up with the plot?

When I originally began composing West of Hell, my aim was to write a novel about a 19th-century hitman with a conscience; however, slowly over time, the story built into a spiderweb that stretches far beyond just Thomas’s battle for vengeance. Every character in this series has their own journey, their own demons to overcome, and their own deep connections to one another. While West of Hell might be the origin story of this trilogy, East of Hell is when we truly see our cast of renegades come into their own, and rather than limit the scope of where the novel could go, I did the opposite. I followed every thread in the web to paint a picture of a world that needs multiple unique and diverse perspectives to truly bring the colors to life.

And that creates a very, very elaborate plot. 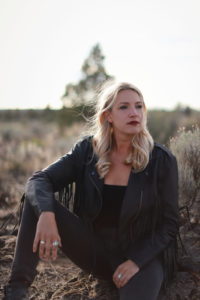 Your new book is the much-anticipated sequel to West of Hell. When did you realize this story goes beyond one book?

There was a moment when I finished Part I of West of Hell when I was able to grasp that the story was far bigger than I originally anticipated. So rather than worry, I let my imagination run with it. Within a week, I had a basic outline for the trilogy, and while daunting to undertake the task of writing three 800-page novels, I knew I wouldn’t rest easy until the trilogy was complete.

Both West of Hell and East of Hell are over 800 pages, but most Amazon reviewers said they couldn’t put it down. One said “…don’t be intimidated by the page count. There is never a dull moment…Probably one of the best historical fiction novels I have read in ages.” How do you keep readers engaged with a longer book? How do you know what is the perfect page count for a story, not making it too short or too long?

Every writer has their own vision of the story they want to tell, and while sometimes it does need either expanding or trimming down, I don’t think page count matters when it comes to a damn good story. I have read ten-page shorts which leave me speechless, goosebumps running down my arms, feeling captivated and enthralled. I have also read 2,000-page epics that pull the reader in and slowly build up a world they never dreamed of, providing deep emotional connections to characters, and thus giving them the opportunity to invest their heart and soul in their imaginations.

Almost every rejection letter I received from agents while trying to initially publish West of Hell was due to the magnitude of book size and page count. I kept every rejection letter during that year of outreach, and from time to time, I read through them and am relieved I didn’t listen. If I had, this novel wouldn’t be half as good as it is today, even if it would then both literally and figuratively fit the ‘mold’ of what agents are looking for. Go with your gut. Trust the story. 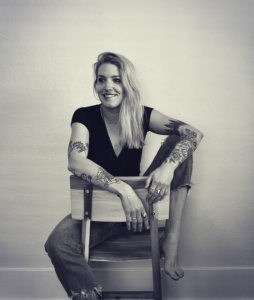 East of Hell is an action-packed historical fiction novel taking place one hundred and fifty years ago in New York City. What research did you have to do for the historical background? What made you choose New York City and the time period?

Before I began writing, I spent about six months learning everything I could about New York City during this time period and became absolutely fascinated. My research covered an immense amount of ground: political corruption, gangs, immigration, the Vanderbilt’s, insane asylums, Tammany Hall, Chinatown, steamships, Civil War artillery, the history of brothels, opium addiction, and the list goes on and on. Why did I choose it? To be honest, I can’t be sure, other than being quite the history nerd and feeling wholly ignorant of what the latter part of the 19th century was like in America. And it was quite the education.

What would be your advice for people who want to write a historical fiction novel or a series?

Take the time to do your research – the details go a lot further than you initially perceive. Still, remember it is also fiction, and to have a little fun with it. History offers a great starting point, as well as endless tools in your toolbelt for constructing a world, but at the end of the day, try not to let it inhibit your plot or character development. You are in the driver’s seat; feel free to explore!

Can we expect a third book or any more books from you in the future?

I took a small break during the 18 months of the pandemic and wrote a sci-fi novel titled Rationem, which I’m hoping to have released by the end of the year or in early 2022. The story takes place in a post-apocalyptic world following the ravages of a global pandemic, wherein a small fraction of women battle for survival against rogue army units, cannibals, and other tribes of warring humans in what is left of their town of Bend, Oregon. It is a super fun ride, which proved to be a great outlet during the waves of COVID-19. As far as the third book in the West of Hell trilogy, you can expect South of Hell to be complete and in your hands by Fall 2023.