Our January featured title is Divorce Pool by Philip Buckman! 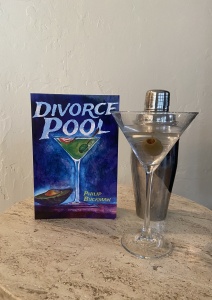 Divorce Pool is about four middle-aged friends scattered across the American Southwest who search for new connections in the bustling madness of adulthood. They want more than what a standard landline call has to offer. So, they meet once a year to play a game of their making; a game that will test their loyalty to one another as they navigate a world of jealousy, revenge, and celebrity.

We chatted with Philip about the best times to write, making a character come alive in a reader’s mind, creating a dystopia, and more!

Divorce Pool is your first book! What advice do you have for first-time authors? How can authors prepare for the publishing process?

Get used to having several versions of your project. Trust in the editorial process. I had the benefit of working with Anita at Mascot, and her guidance helped make a better book and a better author. Above all, be patient with all of the moving parts.

This book has a very unique plot. So tell us, how did you come up with it? What inspired this plot or the themes of this book? 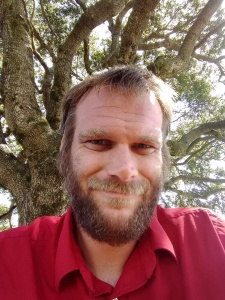 I had several ideas fighting for attention in my mind. One idea came from a summer of many weddings among friends and family. I had an unsavory conversation with someone about placing bets on the couples that we thought would get divorced first. Looking back, it sounds quite insensitive, but I have to acknowledge the thought as inspiration. I figured it would be funny to craft a similar game involving celebrity couples.

Two other competing, yet complementary, themes were also part of my inspiration. I wanted to build an alternate America that used a year value system other than AD, or Anno Domini, the system that we are used to. I also felt the undeniable urge to speak out on how I felt about Trumpism, without actually having to say the man’s name.

What was your writing schedule like for your fiction novel? Did you ever have writer’s block?

I have been lucky in avoiding writer’s block, for the most part. I did find some difficulty in reserving time for the process. After trying to make specific times for writing, I gave up on making a rigid schedule. At first, I would set aside a few hours, brew that perfect cup of coffee, and play some instrumental album to spark creativity. The effort registered as a workload in my mind. It associated writing with a career. Instead, I thrive writing at inconvenient times: between the tooth fairy visit and planning sixth-grade ratios lessons. That’s where the magic happens, at least for me.

There are four very different main characters in your book. What are the essential elements of writing interesting, comprehensive characters? In other words, how do you make a character come alive in a reader’s mind?

It is crucial to lean on dialogue, to bring out those character flaws and merits. Also, write what you know. When I’m trying to create an authentic perspective, it helps to put a little bit of myself in each character. In Divorce Pool, Muhammad is a GI (gastrointestinal) nurse, which rings of my personal experience in endoscopy. Likewise, Clea is dealing with parental visitation, child support, and the general headaches of divorce. Again, I borrowed from my own personal experiences. Technical language, slang, and demeanor can seem really organic when you trust in the authority of experience.

As an avid fan of science fiction, it’s only natural that your book has an alternative universe. When creating fictionalized worlds, does it require scientific research or is it more imaginative? More generally, how do you create a dystopia?

To me, the magic of creativity and the rigidity of science are forces that occupy the same space in the imagination. On one hand, it is liberating to be imaginative and unabashedly poetic;  to fully disregard the demands of research and peer review. This was the case for the creation of Divorce Pool. The alternate timeline truly gave me free license to ignore reality.

That being said, I truly despise the current aversion to scientific fact. Most likely, it’s a fear of the heavy lifting required to understand the world around us. To some, that approach is boring. I believe that literature can play a role in ailing this general distrust of science. That hard, technical speak, needed to craft the believable dystopias of Asimov or Clarke, can be helpful at times. The dystopia is better described with such language. My current project, which features abdominal surgery as a main theme,  requires plenty of research and correlation of ideas. I am really enjoying the process.

In Divorce Pool, which I  wrote throughout 2018, I ended up painting a very prophetic picture. That dystopia presented a few familiar themes: a worldwide pandemic, social unrest due to racial injustice, an autocrat who is muscling his way into a second, third, and even fourth term. I didn’t speak to a burning bush or anything! I just turned the volume up on the actual mini-dystopia of American life. There is plenty of weird to go around. Your hellish world, whatever it becomes, should incorporate the questions and moral dilemmas that we posit in our real lives.