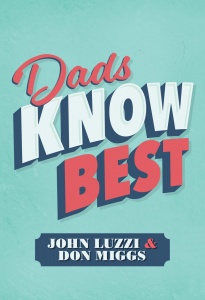 So many guides for expecting parents give a rose-tinted view of parenthood: how cute your child will be, how magical every moment will feel, how rewarding it is.

Don Miggs and John Luzzi take fatherhood head on in this no-nonsense parenting book, giving you all the dirty details you’ll need to survive the journey, make your relationship last, and help raise an amazing kid. Honest, hilarious, and helpful, Don and John hit the nail on the head with this tell-all guide for new and expecting dads. When asked what drove their desire to become authors and create a guide by dads for dads, John and Don delivered like nobody else could. After all, they know best.

Three simple words Don said over and over to me when I was a relatively stress-free, well-rested, childless man. Funny enough, those same three words are the first thing that come to mind when somebody asks about writing a book. You’ll work harder than you can imagine, it will take twice as long as you hoped, and no matter how hard you strive for it to be perfect, you will still find the finished version sprinkled with mistakes you didn’t catch. Focus—we’re still talking about writing a book here, not raising a child. But much like raising a child, if you insist on not listening to the men and women who have gone before you screaming those three words—“Don’t Do It!”—the road ahead is much easier if traveled with a friend.

I say it almost every time someones asks me about Dads Know Best, and I’ll say it again now: I didn’t (and still don’t!) have the first clue what it takes to write a book. I could probably count the number of books I’ve read and finished on one hand. I’ve never been much of a reader or writer, unless we’re including musical definitions of the words. Hell, my high school english teacher reworked an entire course to center around songwriting, basically tricking me into caring, so I could graduate

So how the hell did we end up here, you ask?

Well, the short version is that after a couple years of being a first time father, I realized there’s a ton of information that guys—for some reason—don’t get in advance. I know there’s an endless number of books about becoming a parent,but if we’re being honest, dads generally aren’t the best at reading between the lines. The normal “You’re going to be tired,” ”Welcome to diaper hell,” ”Your house is going to be a mess” advice didn’t cut it for me. I felt like I was about to be thrown into war with no weapon. Not a good chance of coming out of that one alive.

So I asked all my friends that were fathers for one piece of advice they wish they had gotten ahead of time (Don included). The responses were mind blowing, and the funny thing is I never realized that Don had been hurling truth bombs at me the whole time: I just hadn’t seen them through my bowel-emptying horror. But these were the truths I had been looking for, and I knew as terrifying as they were, they were what I needed to succeed (or at least not fail) at being a father.

Don and I both felt like we hit the dad advice jackpot. We had stumbled on the insider trading of fatherhood and, since neither of us are assholes, we wanted to share that wealth with any terrified guy willing to lend an ear.

Dads Know Best is finished and I still have no clue what it takes, technically speaking, to write a book (or how do be a dad, some days). For me it took three parts fear, one part adrenaline, and two parts booze, mixed with equal parts sleepless nights and trying not to piss my wife off by being overly obsessed with it. And I can’t forget the most important part—an amazing friend who believed in the idea and was stupid enough to jump off a cliff with me into the unknown.

If you love your carefree life, enjoy seeing your friends, or value your sleep and sanity, DON’T DO IT. Either of them. Take “author” and “parent” out of the equation and your vocabulary. Hell, while you’re at it toss out “musician” and anything else that takes dedication, hard work and risk. Or, do what Don and I did—throw on your best noise-cancelling headphones so you can’t hear the people screaming warnings in the background and dive in head first. Because for some of us, a small chance at achieving something great is worth risking everything. 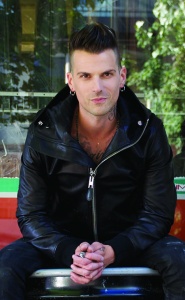 John Luzzi lives in Seattle, Washington with his wife Trisha and son Cruz. He’s spent most of his years far away from anything to do with scholarly interests, instead pursuing his passion for music as a guitarist, singer, and songwriter. Not being able to get through a single book on parenting but still wanting to be a better dad than everyone he knew, he was driven to seek out brutally honest advice on fatherhood. On reflection, he probably should have kept some of this to himself.

Kids. Book. An error in judgment and a flat out mistake, respectively. I’m not saying that it won’t ultimately (eventually?) be amazing,but my kids are little, and this book hasn’t even gotten in your hands. The humans aren’t out of the is-that-kid-the-next-great-serial-killer stage and the book could just as well wind up being used to kill flies in your kitchen. Let’s face it: the jury is still out on both fronts.

And that’s what makes all of this completely worth doing! It reminds you that you’re alive and have something to contribute to the world. Wisdom, therapy, honor, resentment, humor, anger, joy, and sadness—the whole damn mess is right there waiting to be had. Good luck!

We didn’t set out to write a book. It just sort of bumped into us while John was watching me go on tour (we’re musicians) just to get some rest. After imploring him and anyone else who would listen to pump the brakes on joining my pity party, John screwed up. And that pregnancy caused all this—him losing hair knowing he couldn’t put his boy back and the two of us writing a book we had no business even considering writing.

See, kids are an exercise in opposites. You love them, you hate them; they’re cute, they won’t stop crying; they’re so smart but do the dumbest things; best days become worst days–on and on. One thing is for certain (and please tell us you know this FOR CERTAIN): they’re your problem now.

Like most good ideas, parenting starts out a shit show and then settles into something manageable, and somewhere down the line it actually looks and feels okay.

Your job is to roll with it. Don’t get too high, too low. Keep your cool and don’t worry what other people are doing. Do your best. And read our book, because it will save you some headaches.

Parenting is a contact sport. Get messy. Have fun—that’s the best advice anyone could give you. 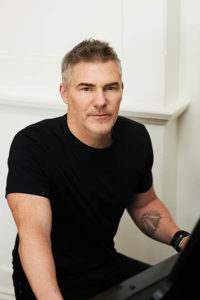 Don Miggs isn’t an author, but he plays one in the Knows Best book series. His love of giving his opinion works well for this, as well as for his day job as a songwriter, producer, and performer. Fueled by the love of his wife, Lisa, and their two boys, Milo and Jasper, Don believes he can do most anything he tries and they’ll be there when he falls flat on his face.

Dads Know Best in the News

John and Don on WFLA Daytime

Check out some of our other titles releasing this month: 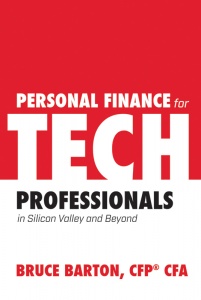 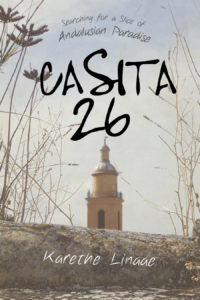 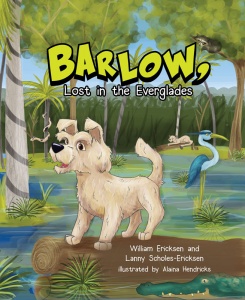